Differences in routing protocol characteristics, such as metrics, administrative distance, classful and classless capabilities can effect redistribution. Consideration must be given to these differences for redistribution to succeed

When you redistribute one protocol into another, remember that the metrics of each protocol play an important role in redistribution. Each protocol uses different metrics. For example, the Routing Information Protocol (RIP) metric is based on hop count, but Interior Gateway Routing Protocol (IGRP) and Enhanced Interior Gateway Routing Protocol (EIGRP) use a composite metric based on bandwidth, delay, reliability, load, and maximum transmission unit (MTU), where bandwidth and delay are the only parameters used by default. When routes are redistributed, you must define a metric that is understandable to the receiving protocol. There are two methods to define metrics when redistributing routes.

If a router is running more than one routing protocol and learns a route to the same destination using both routing protocols, then which route should be selected as the best route? Each protocol uses its own metric type to determine the best route. Comparing routes with different metric types cannot be done. Administrative distances take care of this problem. Administrative distances are assigned to route sources so that the route from the most preferred source will be chosen as the best path. 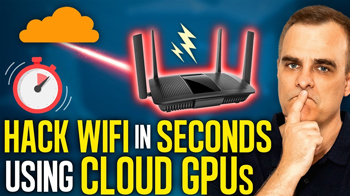